New dam, Please keep in mind that this was during the winter, thus ramp traffic is SIGNIFICANTLY less. It’s almost impossible to do this in the summer. And, summer weekends are out!

At about 30′ (Winter/Spring), there is a channel. Follow the channel to Southwest. You will then come to the riverbed, turn south.

As you get close to the dam, it will get darker. You want a powerful light. A lot of debris at the surface almost makes this an overhead environment.

Since the flow runs toward the dam, debris collects in the area. Silt is pretty thick on the bottom, although the water is fairly clear (usually).

This is typically an expert level dive for qualified tech divers. Do not try this dive without the proper training and equipment. Be cognizant that this is a working dam!

BE EXTRA CAREFUL WITH SURFACING…HEAVY BOAT TRAFFIC AREA…IT’S RIGHT NEXT TO THE MARINA ENTRANCE AND EXIT.

ps – boat fishing is very popular in this area. The debris almost acts as an artificial reef. 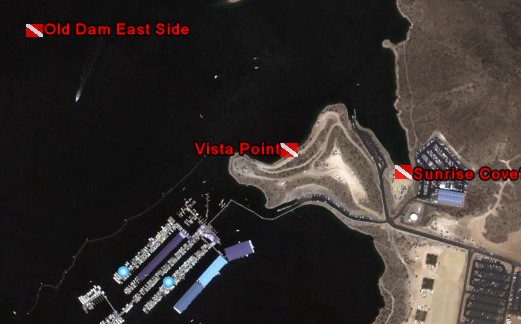 The old topo above is before the old 1922 dam was breached. As you can see, Vista Point is roughly in the shape of a dogs head (in red current shore line). “The Trench” (in yellow), is a ravine that ran down to the river. The dark lines are 100’ apart, each line 20’. The area in green is now about 180 to 240 feet deep (when the water is up). Green indicates trees. Yes, they are still down there. As you can see, depth can be had quickly here.

“The vista point is out of the natural boating lane. It also has a nice gradual drop off so you can work on skills at 15′ – 25′ without swimming far from shore. However, we saw depths of 75′ without to much of a swim, probably 50 yards max. I know it goes deeper”. Steve Sharp

“The problem with Vista point is that there is one dirt cutout (it is not even a road) that gives you direct access to the water line. If someone is parked on it then you have to park on top of the road and hike down a fairly steep embankment (about 10′) to get to the water line. That is what Steve and I had to do. Kind of a pain with all your gear, but it can be done.” Michael RudBob

I would still favor the east side over say desert tortoise. The water seems to always be clearer on that side. Plus you can find depth easier.

You can only get in on the North side. Drive up the hill at the entrance of the Marine docks and drive around to the north side. There is a “driveway” into the water at the west end but is usually filled with students on the weekend. I personally like to go to the East end of the road just before the road starts going back up.

If you take a heading to the end point of the opposite bank (I think its about 330) you will get into a slot that goes out to a ledge which drops from bout 80 to 110.

Hope to see you guys out there. I’m out there pretty much every saturday morning. My partner and I dive CCRs so we are hard to miss. 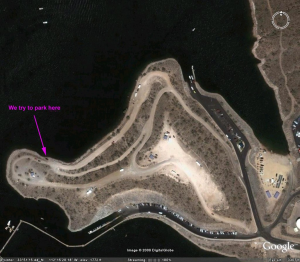 Bob F.“ Dove Vista Point this morning with Clay and Mike. Beautiful morning, little wind and few boaters. Water was warm down to 25 feet. Visibility 15 to 25 feet. Water level a few feet lower than last week at this time.

Came across a monster catfish lying under a fallen tree. The head on this thing was at least a foot wide, maybe 40 to 50 pounds. Alot of bass in the shallower water.

Just north of the point, we came across what appeared to be a natural wall. However, at the base of the wall, we discovered part of the paved boat ramp. Never-the-less, it was more structure than I have seen anywhere else in the lake.”

PhxSki – Bill W “Hi you guys , if you go down the wall at Vista Point and keep heading west you will run into a track. My friends and I figured it must extend to the marina. at first we thought it was a rail road track , but on further investigation it seems to be some sort of an I-beem. It runs North and South. Have fun Rick P.S. If you start your dive from the table and head west to NW you will find it with no problem.” Desert Eel

RonI ” get quite an adrenaline rush by searching out the large catfish that hide inside the deep holes and crevices along the rocky walls of the lake in early summer.” 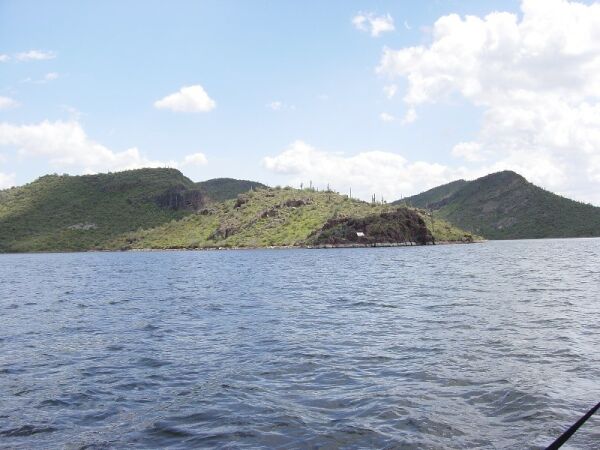 It’s at the north end of the lake, the sign (white speck in the middle of the photo) on the side of the peninsula says, “1702”, the high water mark. It’s a (deep) wall dive. 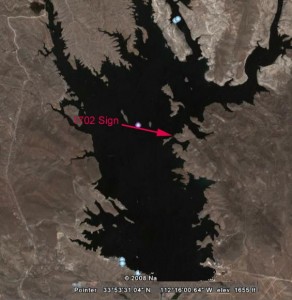 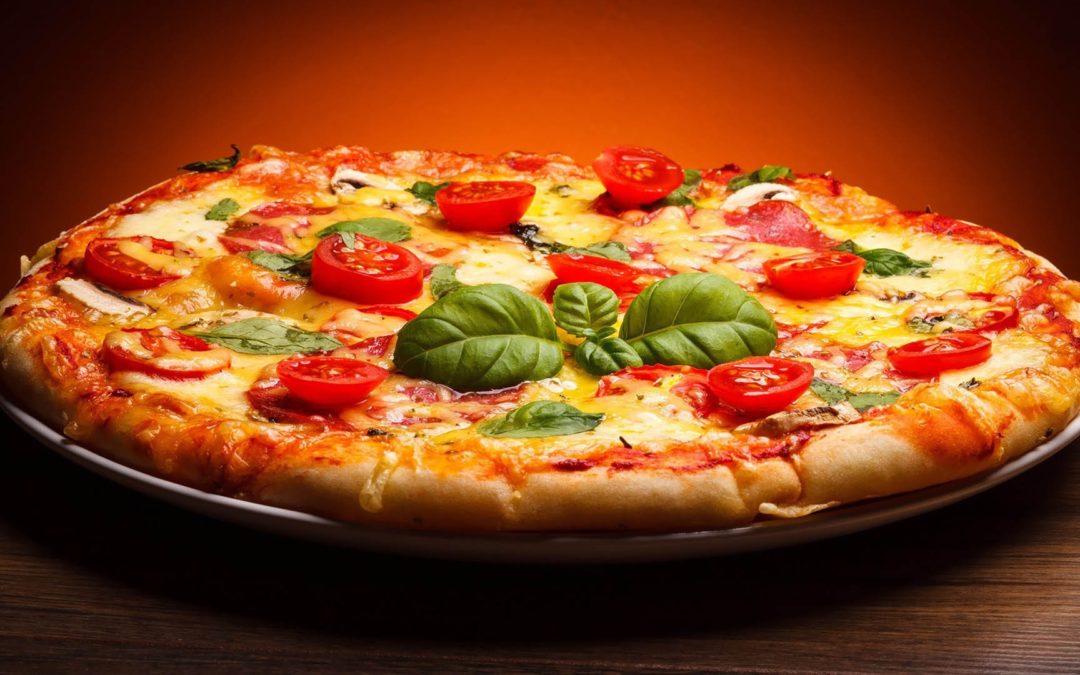 I love to make things people don’t usually cook at home. Pizza is an example of that. I have tried a few different resipies for pizza dough and so fare this is my favorit. Here is a few tips for actually cooking your pizza.

First you need to do your self a favore and get a pizza stone. You put it in the oven and set your oven to the highest temperature you can. Next you will want a pizza peal. If you want to only buy one then get a wooden one. The pizza sticks less to the wood so it will slide off easier. Now if you want to go all out get 2 and the second is for getting it out of the stove and this one is a thin metal one. Lastly you may want to make a 50/50 mix of flour and corn meal with a dash or garlic and onion powder in to to put down on the pizza peal to help the pizza slide off of it better and it just taste good!

Yum
Pizza Dough In the KitchenAid. Will make 2 pizzas 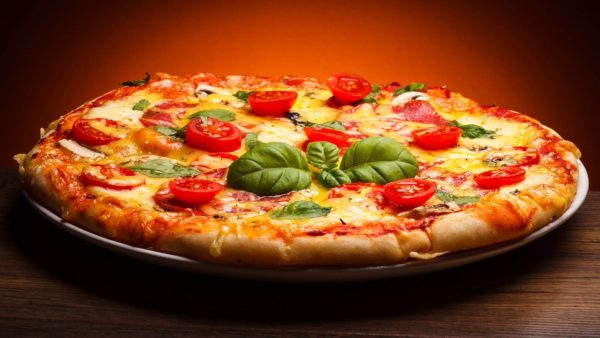